Every new information about WAR OR PEACE will be presented here. Stay tuned!

After the Open Ceremony of the “War or Peace?” festival 2018 in Berlin, Orange Magazine had the chance to talk to the President of the “Bundeszentrale für politische Bildung” (bpb), Thomas Krüger. He is a German politician and former civil rights campaigner in the GDR. From 1994 until 1998, he was member of the German Bundestag and since 1995 he is the president of the “Deutsches Kinderhilfswerk”.

Orange Magazine: First of all, congratulations to a truly exceptional opening ceremony. Why did the bpb decide to initiate the “War or Peace?” festival 2018 in Berlin?

Thomas Krüger: To begin with, historic education is always part of political education. Overall, the bpbaims at internationalising political education and making education more accessible for everyone. For this purpose, we are co-operating with different European organisations, non-governmental organisations, universities and not least state institutions. I believe that together, we bear the responsibility of providing and designing education. Our success, however, depends on the people. As we could see once again tonight: people are interested in historic and political education. All the various contributions during the opening ceremony demonstrated a highly profound and political discourse in the society. The bpbwants to build upon on this dialogue. The social phantasy of how intend to shape our own future, not only within but also beyond our borders, can only be critically discussed by exchanging ideas and experiences, for example during the “War or Peace?” festival in Berlin.

Orange Magazine: Willy Brandt once famously remarked “Peace is not everything, but without peace, everything is nothing” – should we talk more about peace? 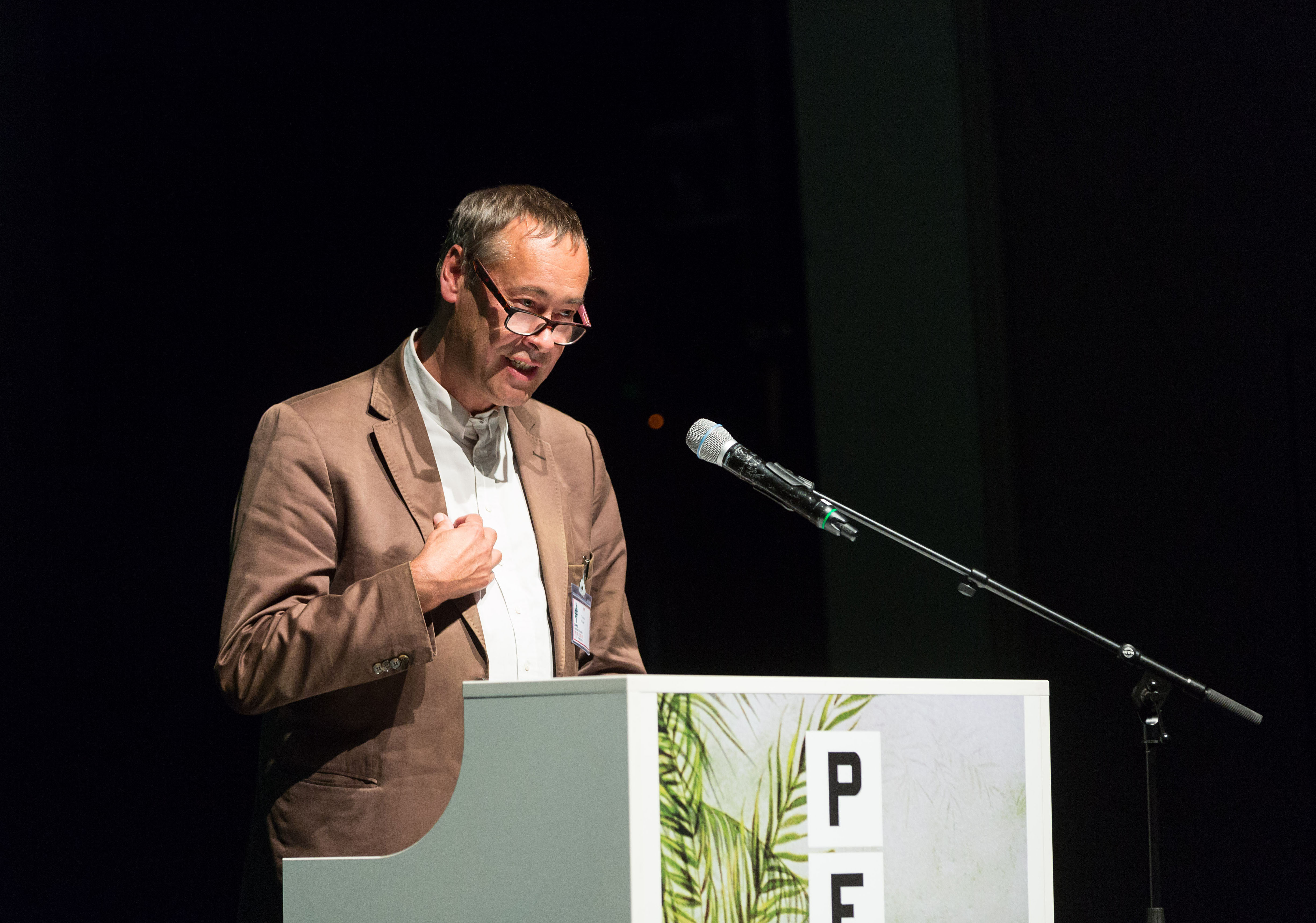 Thomas Krüger: Time and again, one can get the impression that many countries settled down in a state of peace without appreciating the comforts of peace. In consequence, we tend to accept conflicts, not only between but also within states, more recklessly (for example in Catalonia or in Scotland). The notion of a Europe that relies on solid institutions and units is a fatal mistake. If one takes a map and looks at how European borders evolved over time one must conclude: Europe did never take a rest, everything is in motion (there is great YouTubevideo which illustrates this exact point quite well). Moreover, it is crucial to keep in mind that in the past, Europe’s regions had always remained the primary points of departure for change. Or put simply, fields of force evolved always out of de-centrality rather than centrality.

Orange Magazine: In your welcome message tonight, you touched upon the concept of historic crossroads, which is also the subtitle of the conference. Do we face similar crossroads today as we have been 100 years ago?

Thomas Krüger: I am not one of those who argue for simple analogies. While history isn’t repeating itself, it can remind us that path-decisions can be of tremendous impact and durability. I’ve got the impression that finds itself Europe insofar in a comparable situation as the path-decision we must take today could very well shape Europe’s future in the coming decade, maybe even longer. It is therefore indispensable to reflect on the present when we are talking about the past and it is also the reason of why we are talking about the past in the first place. You are thus right in asking about the benefit of consulting the past in order to find advise for our contemporary challenges. Many points of contestation remained arguably similar. Nonetheless, today’s world has drastically changed. We are living in a global, heterogenous and amazingly interlinked society. As a consequence, we can’t draw simple analogies. The consciousness that our decisions impact our future decisively in the long-run, however, is what we can learn from the past. 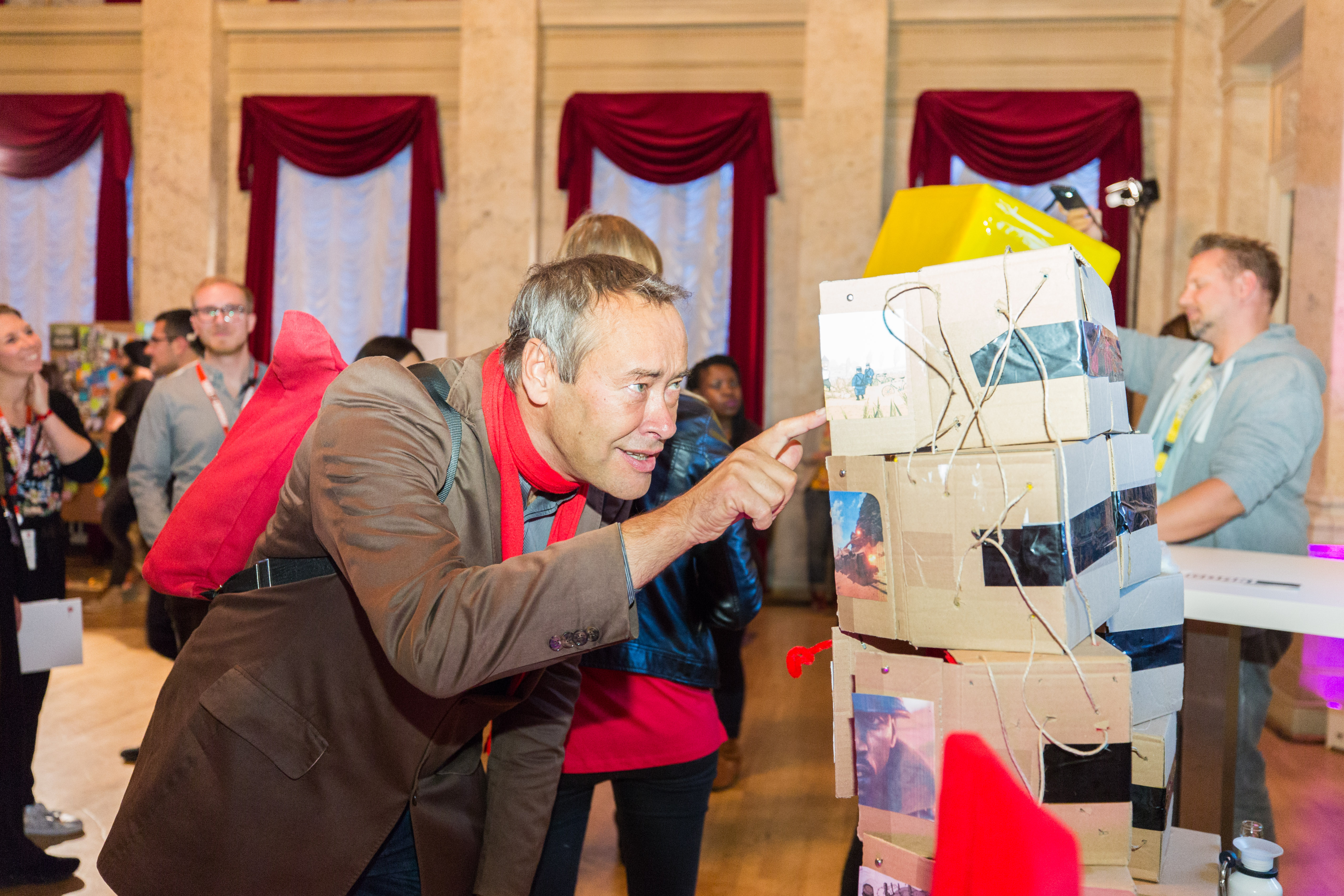 Orange Magazine: In the past, most path-decisions were subject to some sort of greater narrative which spearheaded and justified the very path our society was embarking on. The “War or Peace?” festival aims among other things at exchanging ideas and experiences in order to among other things discuss future narratives. Given your significant commitment to youth-media protection, how would you reckon the role media as storyteller of such narratives, especially when we face path-decisions and crossroads?

Thomas Krüger: All media together have an eminent role. In light of the digitalisation and the rise of social media, it sometimes seems that ordinary journalistic activity becomes irrelevant. When I look at the manner how people communicate in these new media, however, I am very much convinced that journalists are of utmost importance for examining, investigating and evaluating both information and facts. This sort of guiding role was one of the major achievements of our global and democratic society. Consequently, we should highly appreciate the two young and ordinary media. Together, media face the extraordinary challenge of professionally organising a public space in which each and every one can participate. This must be guiding principle of dialogue and discussion.

Orange Magazine: After the first impressions of the Festival, what do hope for the Festival and for the future of Europe, a century after the end of the great war?

Thomas Krüger: During the opening ceremony, I was particularly impressed by the keynote of Achille Mbembe who demonstrated that our narratives for Europe must simply be more radical and more self-critical with regards to the European history. We tend to forget what Europe’s submission of the world meant for other countries, especially with regards to the great war. Up to the current day, the injustices of the colonial rule prevail. In order to reflect this reality, we must stand up for a credible European narrative that is grounded in our common humanity. I hope that the “War or Peace?” festival can contribute to this cause.