Every new information about WAR OR PEACE will be presented here. Stay tuned.

We attended the workshop “Good Peace : Bad Peace” and learnt about the delicate balance between self-determination and realpolitik. 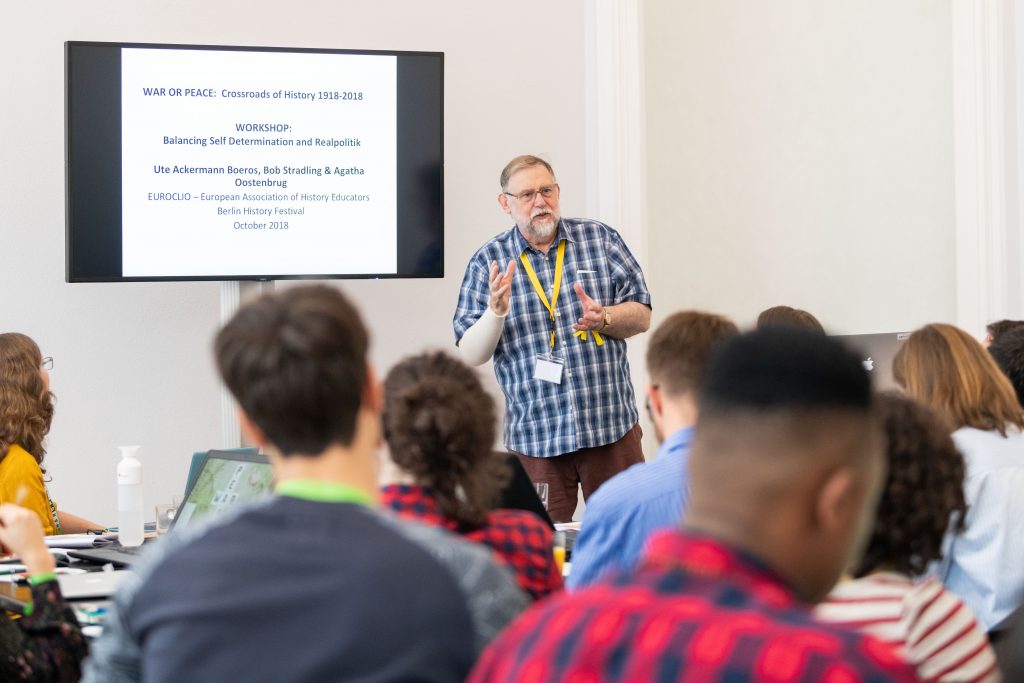 From the outcome of the Paris Conference to the rise of independentist movements in the last decades, the question of self-determination and its practical application in the organization of political communities remains a point of contention.

The workshop was provided by the European Association of History Educators (EUROCLIO), an umbrella association of more than seventy history, heritage, and citizenship educators’ associations.

With the support of Prof. Robert Stradling, Prof. Ute Ackermann Boeros and Agatha Oostembrug a diverse group of young people from all over the Globe has come together to address this issue and its implications, in order to better understand the challenges of the present.

By exploring a large number of cases comprising the Paris Conference, the dissolution of the Soviet Union and the process of de-colonization, participants reflected on the historical continuities and divergences in the application of the right to self-determination.

The workshop was attended by a very heterogeneous crowd: from Kosovo to Georgia, from Turkey to Serbia, united by the desire to reflect on the multidimensionality of the problem, between the narratives of clash and the narratives of unity, between exclusion and inclusion within and across the borders which cut through the maps of Europe and beyond.

In a conversation with the professors leading the workshop, they explained us the importance of historical narratives of self-determination processes in current times and what is the role of education:

Which role do historical events of the 20th century such as the Paris Conference, the Skykes-Picot agreement, and the dissolution of major empires play in relation to self-determination?

Self determination is now a human right along with other human rights, but who has the authority to decide on a shift of borders? One thing we learned in the last 100 years about the great powers is that they put stability above all other things.

I think generally speaking the agreements are a great stone of contention. The question is whether the people living in those countries should still refer back to these declarations or should they rather look ahead and see where we go from here.

One themes of this conference is the one of crossroads, do you think international politics is at a crossroads right now like 100 years ago?

We are slightly moving back to a situation which seems more familiar to the Cold War than the situation in 1918 and 1914. Realpolitik still dominates the international scene, with issues such as the Kurdish question which present us all with a great dilemma.

Ultimately, they do show how realpolitik cuts across people’s legal rights, human rights. In terms of narratives, history is often selectively bent at the service of certain politics. They tend to be oversimplistic. It is important as an historian to portray differences and continuities if we want to avoid it.

The latest EUROCLIO project is called “learning to disagree”, and I think that’s a particularly interesting direction to be moving in. It’s a recognition that the discourse on social media leads to a lot of simplification. We need people to disagree, but also to sit down together and discuss their disagreements. This requires analytical and critical skills.

Take example of fake news. Ernest Hemingway used the interesting phrase “we all need a built-in crap detector” and I think this is one of the big things that education should be doing. 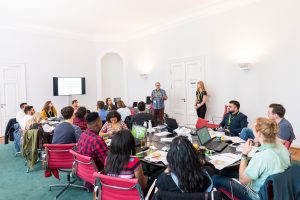 What do you wish for participants to bring home from this workshop?

I would imagine that people who join this conference, when they go back to their country, they will become people who are mobilizers in society.Mobilizing their own generation. Not to perhaps wave flags and join political parties and so on, but to go out there and start saying “it doesn’t have to be like this”.

I see a whole generation of university students that are relatively politically passive: they are worried with their own career, finding the money to pay for their fees. And so politics doesn’t really matter to them. But it doesn’t have to be like that.