Every new information about WAR OR PEACE will be presented here. Stay tuned.

The opening ceremony on Wednesday night marked the official beginning of the WAR OR PEACE – Crossroads of History Festival in Berlin. The colourful and diverse ceremony welcomed all participants from near and far to the WAR OR PEACE Campus at the Gorki Theatre in Berlin. English-language journalist Laila Harrak guided the audience through an event of cultural highlights, academic inputs by remarkable experts and many warm words of welcome.

“When crimes accumulate, they become invisible” the artistic director of the Maxim Gorki Theatre Shermin Langhoff welcomed the amazingly international audience in Berlin. Especially in current tough times, she continued, we would be in need of young people who think ahead and take responsibility. She finished her welcome address by wishing for many stimulating debates and memorable experiences for of all participants.

A similar hope was voiced by the German Minster of State Michelle Müntefering in her welcome address at the Gorki Theatre. She emphasised that one must win and defend freedom and democracy time and again. The best manner to do so would be the awareness that both freedom and democracy are by no means self-evident. The younger generations and including all ERASMUS babies, however, would be the strongest ground to hope for a democratic and peaceful Europe. “There aren’t any automatisms in history, but together as people write its stories” she concluded. It would therefore be up to us to secure peace and prevent war for the fate of humanity. 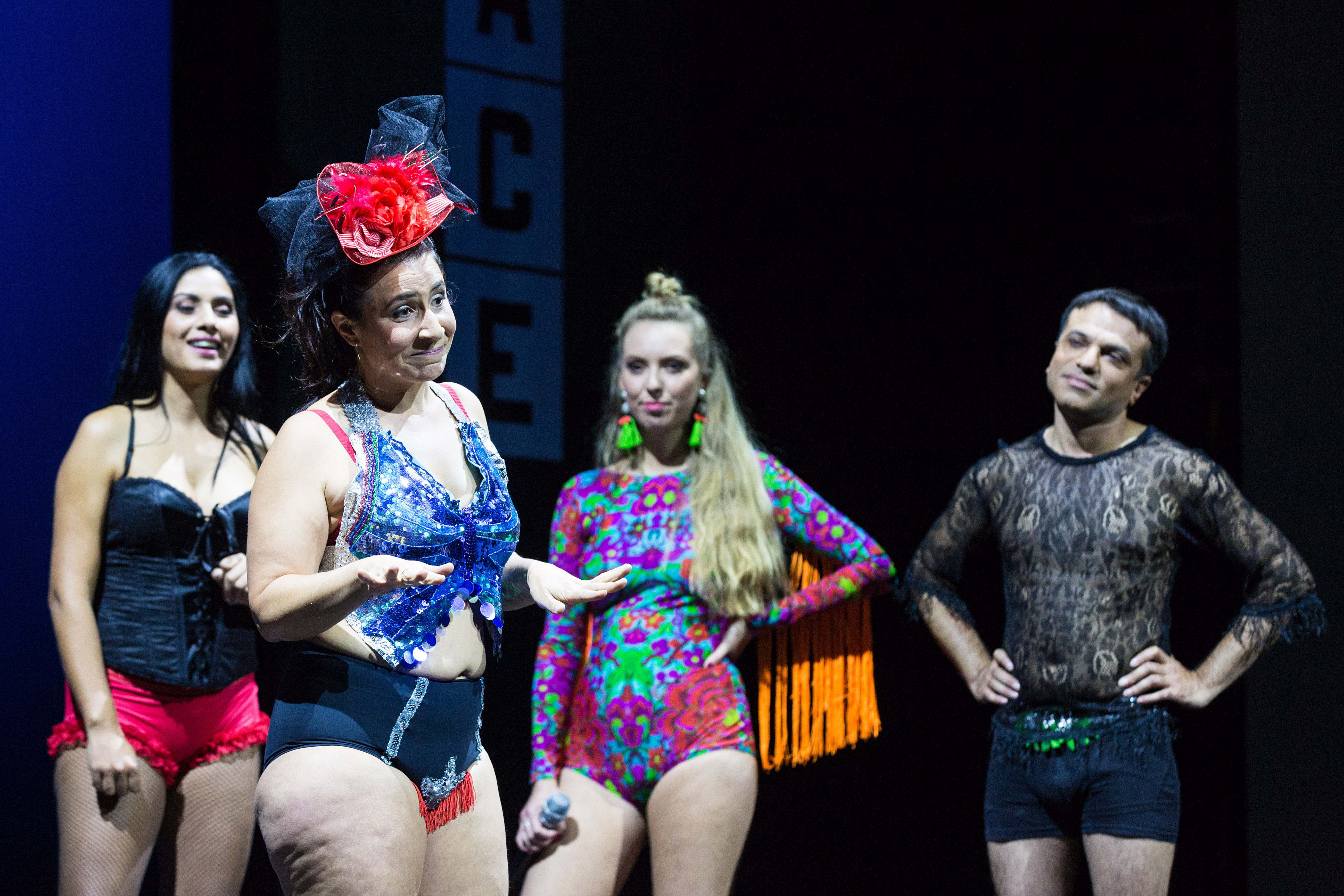 Following these warm words of welcome the powerful and intense extract from the Gorki stage production “Roma Armee” marked the cultural highlight of the opening ceremony. The play tells the story of a group of actors who call for a Roma army at the time when Europe risks drifting into neofascism. For self-defense purposes the Roma army fights structural discrimination and racism. The actors are travellers from Austria, Serbia, Germany, Kosovo, Romania, England and Sweden who seek to emancipate themselves from the international victimisation of Romnija, Roma and Romani. Together they sketch out a vision for a safe European home in Gypsyland Europe. The incredibly colourful and mighty performance succeeded in drawing a counter-narrative on how Roma can shape the future of Europe. The entire play by the Swedish director Yael Ronen is staged on Friday night in the Gorki theatre.

After the breath-taking performance of the “Roma Armee” the President of the Federal Agency for Civic Education Thomas Krüger addressed the audience for his welcome message. In light of the Festival’s sub-title Crossroads of History he maintained that in order to forge new paths one must listen to and understand one another. Krüger stressed that we are in need of guidance and smart decisions at critical junctures of history. He was thus delighted of the magnificent respondence of the man young people to the Festival’s open call. 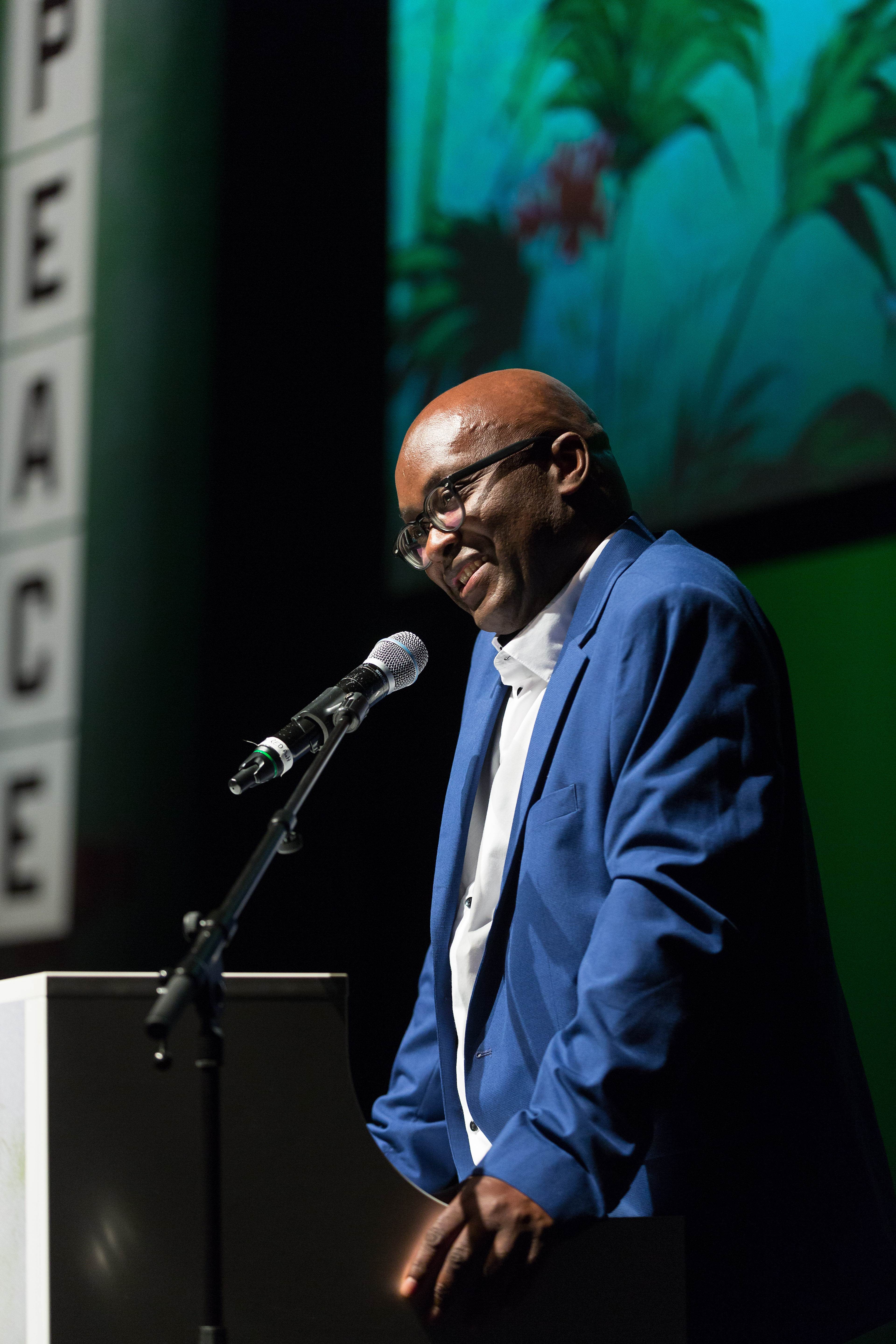 The academic highlight of the conference was the keynote address of the Cameroonian philosopher, political theorist and public intellectual Prof. Achille Mbembe. In light of Sigmund Freud’s of humanity’s common possessions he pled for a world, a planet and an earth that belongs to all who are in it, both humans and non-humans. We are “irreversibly exposed to each other” in our vulnerability, but also in our immense potentialities. To achieve a world we own in common, and we are responsible of in common, Mbembe emphasised that “there is no other path than democracy and reason, no other path than truth and reason and there is no other path than reason and justice and justice for all”. He concluded his powerful speech by calling to rise up and to commit ourself to expanding a new planetary consciousness upon humanity’s common possessions: “a world in which the future will be open to each of us and all of us.”

Before the official debut of the welcome night with reception Laila Harrak invited five participants on stage to give a little foretaste about stories and life-experiences and the upcoming workshops and discussions. You can view the full ceremony here! Stay tuned!